Why the Research Is Interesting: With the onset of mass SARS-CoV-2 vaccination programs and the increasing proportion of previously infected individuals, the risk of reinfection after natural infection is an important question for modeling the pandemic, estimating herd immunity, and guiding vaccination strategies. And since young adults, of whom a high percentage are asymptomatically infected and become seropositive in the absence of known infection, can therefore be a source of transmission to more vulnerable populations, it’s important to evaluate protection against subsequent SARS-CoV-2 infection conferred by seropositivity to determine the need for vaccinating previously infected individuals in this age group.

Said Mount Sinai’s Dr. Stuart Sealfon of this work: “Our findings indicate that reinfection by SARS-CoV-2 in healthy young adults is common.”

Bottom Line: Although antibodies induced by infection to SARS-CoV-2 are largely protective, they do not guarantee effective immunity against subsequent infection, as evidenced through a longitudinal, prospective study of young Marine recruits. Previously infected study participants identified by seropositivity are susceptible to repeat infection, with nearly one-fifth the incidence rate of those without evidence of previous infection. Among the seropositive group, those who became infected again had lower antibody titers than those that were uninfected, and most lacked detectable baseline neutralizing antibodies. Findings suggest that COVID-19 vaccination may be necessary for control of the pandemic in previously infected young adults.

Results: Among 189 seropositive participants, 19 (10.1%) had at least one positive PCR test for SARS-CoV-2 during the six-week follow-up. In contrast, 1,079 (48.0%) of the 2,246 seronegative participants tested positive. The incidence rate ratio was 0.18 (95% CI 0.11-0.28, p<0.00001). Among seropositive recruits, infection was associated with lower baseline full-length protein IgG titers (p=<0.0001). Compared with seronegative recruits, seropositive recruits had about 10-fold lower viral loads and trended towards shorter duration of PCR positivity (p=0.18) and more asymptomatic infections (p=0.13). Among seropositive participants, baseline neutralizing titers were detected in 45 of 54 (83.3%) uninfected and in 6of 19 (31.6%) infected participants during the 6 weeks of observation.

Who: Scientists from the Icahn School of Medicine at Mount Sinai, in collaboration with researchers from the Naval Medical Research Center, utilized the COVID-19 Health Action Response for Marines (CHARM) study, a longitudinal, prospective cohort study that has been previously described and published in NEJM, to examine how protective detectable antibodies are to preventing subsequent infections with SARS-CoV-2, the virus that causes COVID-19. The study population consisted of 3,249 predominantly male, 18-20-year-old Marine recruits who, upon arrival at a Marine-supervised two-week quarantine prior to entering basic training, were assessed for baseline SARS-CoV-2 IgG seropositivity (defined as a 1:150 dilution or greater on receptor binding domain and full-length spike protein enzyme-linked immunosorbent [ELISA] assays.) The presence of SARS-CoV-2 was assessed by PCR at initiation, middle and end of quarantine. After appropriate exclusions, including participants with a positive PCR during quarantine, the study team performed three bi-weekly PCR tests in both seronegative and seropositive groups once recruits left quarantine and entered basic training.

When: All study data was collected between May and October, 2020. The prospective study observation period began when Marine recruits arrived at Marine Corps Recruit Depot – Parris Island (MCRDPI) to commence basic training.

What: The study evaluated protection against subsequent SARS-CoV-2 infection conferred by seropositivity in young adults to determine the need for vaccinating previously infected individuals in this age group.

Study Conclusions: Seropositive young adults had about one-fifth the risk of subsequent infection compared with seronegative individuals. Although antibodies inducted by initial infection are largely protective, they do not guarantee effective SARS-CoV-2 neutralization activity or immunity against subsequent infection. These findings may be relevant for optimization of mass vaccination strategies.

L. Cindy Theroux-Jette, PhD, OT/L, LAc, CHPCA is a functional medicine specialist, and a dually Board certified and licensed clinician with 30+ years of practice. She employs a functional integrative approach to identify and address the underlying root cause of disorders while treating adult and pediatric patients. She is a nationally Board-Certified and licensed Occupational Therapist (OT/L), and a nationally Board-Certified licensed Acupuncturist and herbalist (LAc). She is licensed to practice in New Hampshire and Massachusetts, became Board Certified in Occupational Therapy in 1992 by the National Board for Certification in Occupational Therapy (NBCOT), and was Board Certified in 2002 by the National Certification Commission for Acupuncture and Oriental Medicine (NCCAOM). Her formal education includes a Doctoral degree in Health Psychology (PhD), a Master’s degree in Acupuncture and Oriental Medicine (MAOM), a Bachelor of Science degree in Occupational Therapy (BSOT), and two specialty certifications: Certified Functional Medicine Provider (CFMP), and Certified Hospice and Palliative Care Acupuncturist (CHPCA). Dr. Theroux-Jette holds the distinction of being the first and only Certified Functional Medicine Provider in Greater Nashua. She empowers her patients to take an active role in addressing modifiable problem areas and expects an active investment in self-care and treatment for best results in restoring function, maintaining health, and achieving healthy longevity. Dr. Theroux-Jette also holds the distinction of being the first and only NH licensed acupuncturist to have earned the Certified Hospice and Palliative Care Acupuncturist (CHPCA) specialty certification from the National Association for Hospice and Palliative Care Acupuncturists, and she is honored to be able to provide end-of-life comfort and palliative care. The comprehensive nature of her conventional medical training and holistic medical training serves to “fill the gap” and augment the care of conventional medical providers who may not have time or training to offer individualized care while working within the constraints of insurance driven conventional healthcare systems. She welcomes collaboration with all providers on the patient care team, as open communication facilitates better outcomes and is in the best interest of her patients. Virtual care via telemedicine visits allow Dr. Theroux-Jette to offer functional medicine services to patients from all over the United States. Her practice focus includes treatment of chronic health conditions, preventive medicine, restorative medicine, healthy aging, and immunological, gastrointestinal and neurological disorders. Complex conditions, pain, and psychological stress are the most common referrals and complaints she sees in her practice. Dr. Theroux-Jette was initially appointed to serve on the New Hampshire Board of Acupuncture Licensing in 2012 by Governor Lynch, was reappointed several times, and served as Chair of the Board for ten years. She is President Emeritus (2005-2012) of the state level professional association of licensed acupuncturists, the New Hampshire Acupuncture and Asian Medicine Association. Dr. Theroux-Jette honorably served her country in the United States Marine Corps Reserve from 1989 – 1997 at Naval Air Station South Weymouth, Massachusetts. Presently, she enjoys giving back to the local and global community as a member of the Rotary Club of Nashua and volunteering with Home Health & Hospice Care Wellspring Chorus. She follows a Pesco-Mediterranean diet, and in her free time enjoys nature, photography, and outdoor activities with her spouse, Ernie Jette. 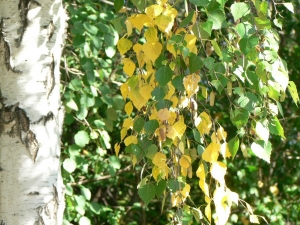